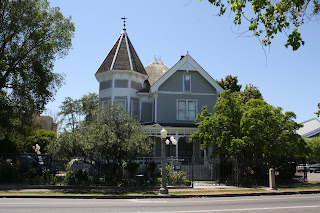 Victorian mansions-turned-museums are common enough in California's Central Valley. My own old stomping grounds in Modesto had the McHenry Mansion, and Fresno has the Meux Home. It is a beautiful Victorian building, open for public tours and surrounded by a scenic garden.

Unlike the McHenry mansion, however, the Meux home is said to be haunted. Symptoms of the haunting include the sounds of children laughing in the upstairs of the home, even when it is known to be empty; strange knocking sounds and general noise are said to have been reported by people in the house after-hours; claims that objects (including fixed objects such as door knobs) have gone missing or been moved after everyone had left for the night abound in local folklore; and there are stories that a fuzzy, but clearly human apparition has been seen looking out the windows at passers-by. Although there are numerous claims about the activities of the ghosts, there is little information regarding their origins. 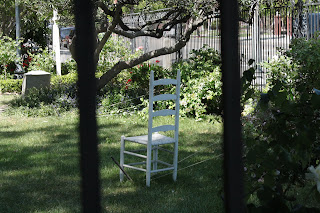 One local, but completely untrue, story holds that the ghosts are the spirit of slaves kept in the house prior to the civil war. The claim is that their cruel masters treated them horribly, and that their restless spirits continue to haunt the mansion, making mischief and frightening whoever they can.

The museum management does not publicly acknowledge the hauntings, and at least one local enthusiast claims to have been given the brush-off when he asked for a chance to investigate. Though, to be fair, there are enough strange people with an interest in ghosts that anyone running such an establishment has good reason to be wary of people asking to investigate. 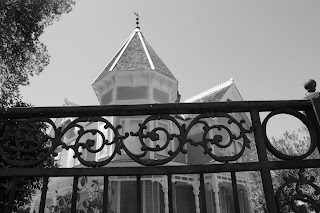 Commentary: One of the things that fascinates me about this story is that it illustrates how distanced from reality the local folklore can become when describing the past.

The house was built between 1888 and 1889 by one Dr. Thomas Richard Meux, a physician and former Confederate soldier who came out west int he decades following the American Civil War. Dr. Meux died in 1929 (at the age of 91, quite old now, especially old in the early 20th century), leaving the house to his daughter, who lived there until her death in 1970. The house subsequently was placed on the National Register of Historic Places, and became a museum dedicated to illustrating 19th century life in California. Pretty simple, pretty straightforward. While there was, no doubt, much drama and excitement in the lives of the people who lived in the house, it wasn't the stuff normally associated with ghost stories. 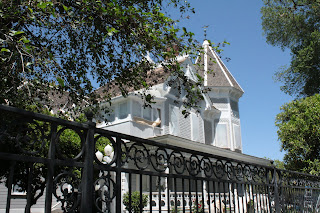 So, of course, people began to make things up. One popular story holds that the house was built in the 1820s and that the homeowners had numerous slaves. They were, of course, very cruel masters, and the ghost stories are attributed to the restless spirits of the slaves. There are a few problems with the story though, notably that Fresno didn't exist until the 1860s, California was never a slave state, and the house wasn't built until 60-70 years after the slavery story claims. The fact that Dr. Meux served in the Confederate army may be the source for this story.

So, I am torn. As a ghost story/folklore enthusiast, I love the fact that the story has changed for the sake of drama and to place it within a broader tradition of folkloric versions of American history. As someone who is trained and works professionally in historic preservation, this sort of fast-and-loose-with-facts history annoys me.